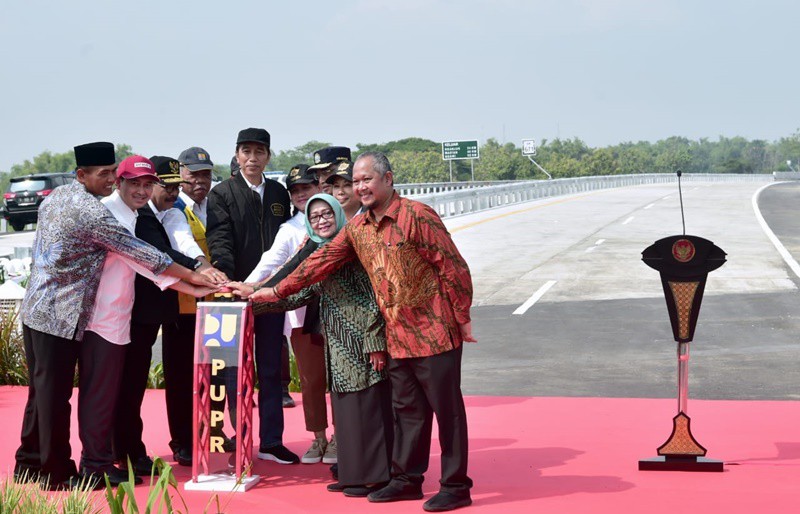 President Joko Widodo (Jokowi) has reiterated that the Trans-Java toll road will make the mobility of people and logistics easier and cheaper. However, he let the people choose whether

“What we want is, with this toll road, the mobility of logistics and people would become faster, easier, and cheaper,” Jokowi stated at the launch of the Trans-Java toll road section Pemalang-Batang and Batang-Semarang on Kalikuto Bridge here on Thursday.

Jokowi added that the toll road is expected to integrate the development of an industrial area, special economic zone, and tourism to encourage investment and open more job opportunities. The toll road will be free for the public until January 1, 2019.

“For regions along the toll road that have a tourism area, it could be developed further to attract more visitors,” he remarked.

Public Works and Public Housing Minister Basuki Hadimulyono said, three sections of the 142-kilometer (km) toll road in Central Java inaugurated by the president are the 34-km section of Pemalang-Batang, 75-km section of Batang-Semarang, and 33-km section of Salatiga-Kartasura. The Trans Java toll road being constructed during the period from 2015 to 2018 has connected Merak in Banten and Grati in Pasuruan of East Java, with a total length of 616 km.

The toll road has complemented the earlier toll road sections that have been operated from 1978 to 2004, with a total length of 242 km. During the period from 2005 to 2014, some 75 kilometers of toll roads were built.

“We laud all ministries and institutions that have worked day and night during the construction of the Trans Java toll road. I thank you all, the finance minister, transportation minister, home affairs minister, state-owned enterprises minister, the Indonesian Military and Police, and all the people in regions along the toll road,” he emphasized.

Meanwhile, Batang District Head Wihaji explained that development of the rest area under the concept of “Transit-Oriented Development” (TOD) had been discussed with Minister of State Enterprises Rini Sumarno.