Home Umum Hyundai to Invest $2.8b in Car, Electric Vehicle Plant in Indonesia 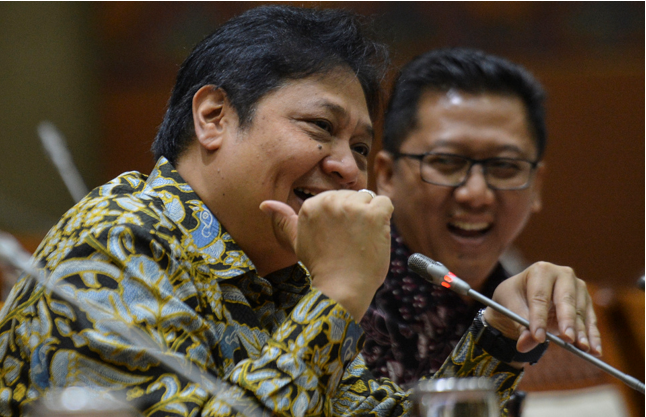 Jakarta. Hyundai Motor Company has affirmed its Rp 40 trillion ($2.8 billion) investment in Indonesia as part of the South Korean automotive giant’s plans to make Indonesia one of its car export hubs and develop electric vehicles in Southeast Asia, Industry Minister Airlangga Hartarto said in a statement on Sunday.

Airlangga said Hyundai will start manufacturing in 2021, aiming to produce between 70,000 and 250,000 cars per year, including sport utility vehicles, multipurpose vehicles, hatchbacks and sedans, as well as electric vehicles.

“Hyundai has confirmed its commitment to immediately start investing in Indonesia,” said the minister, who visited Seoul and met with Hyundai executives on June 25.

“The target is 47 percent of production for the domestic market and 53 percent for export,” he added.

The government is seeking to boost foreign investment in the country. It is offering generous tax incentives to investors, the latest of which, a plan to cut corporate tax to bring the country’s rate on par with that of others in the region.

Harjanto, the industry ministry’s director general of metal, machinery, transportation equipment and electronics, earlier said Hyundai had chosen Indonesia as a manufacturing center for its electric cars, due to the availability of raw materials.

“Indonesia has nickel ore, used in the production of lithium-ion batteries – an important component in electric vehicles,” he said.

Sung Yun-mo, South Korea’s minister of trade, industry and energy, welcomed the investment, saying he hoped it would deepen cooperation between the two countries and increase the competitiveness of Indonesia’s manufacturing industry.

While Hyundai has yet to announce the location of its planned plant, West Java Governor Ridwan Kamil said on Friday that it would likely be built in the province.

“Hyundai will massively move to West Java and the investment value is estimated at more than Rp 40 trillion,” Ridwan said after welcoming Umar Hadi, Indonesia’s ambassador to South Korea, in Bandung.

Ridwan proposed the Cirebon-Patimban-Kertajati triangle as a location for the factory, saying the government plans to develop the area into Indonesia’s largest special economy zone.

The region will come with special leeway for custom duties, while its proximity to the new Patimban Port, slated to commence first-stage operation by the end of this year, create the ideal conditions to become an export hub, Ridwan said.