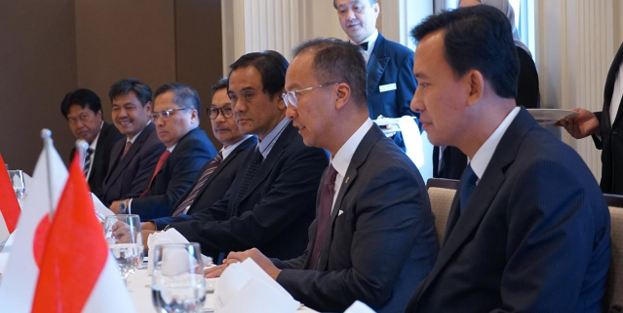 The Ministry of Industry (Kemenperin) continues to encourage for increased investment in the manufacturing industry sectors, especially those that are priorities in Making Indonesia 4.0. The two countries that are considered potential to invest in big capital to the country, are Japan and South Korea.

“The huge investment potentials of Japan and South Korea must be guarded, so they are comfortable and this should be done quickly, as President Joko Widodo expects,” said Minister of Industry, Agus Gumiwang Kartasasmita during a working visit in Tokyo, Japan, Monday (11/18).

During his visit to Japan and South Korea, the Minister of Industry said that the investment opportunities that were targeted were automotive, steel and chemical industries. Therefore, in his visit, the Minister of Industry was scheduled to conduct a one on one meeting with a number of directors from well-known companies of the two countries. “This visit is specifically to meet up with the industries,” he explained.

According to Agus, this visit was not only to introduce himself as the new Minister of Industry, but also  to hear in person regarding the aspirations of global industry players, so that they could be one of the inputs in formulating the direction of government policies to encourage industrial development in the country.

“In this case we help, and provide assistance so that the industries would be comfortable to bring the investments in,” he said.

On a visit to Japan and South Korea, the Ministry of Industry also continues to encourage new investments from the industries of the two countries. “We talk with several principals to develop new types of products. Especially with large companies (the biggest three) in South Korea which do not yet have production activities in Indonesia. This is what we will encourage, “he explained.

The investment commitment, which is resulted from trips to Japan and South Korea, is estimated to reach more than USD 5 billion. The figure comes from Lotte Chemical’s investment plan of USD3.5 billion to build a new petrochemical factory in Cilegon, Banten. In addition, around USD200 million from Nippon Shokubai intends to build a new factory and an expansion of the acrylic acid plant.

“There are still some things to be resolved for this investment plan. We are optimistic that with this visit, those things can be resolved, “explained the Minister of Industry.

Javascript not detected. Javascript required for this site to function. Please enable it in your browser settings and refresh this page.